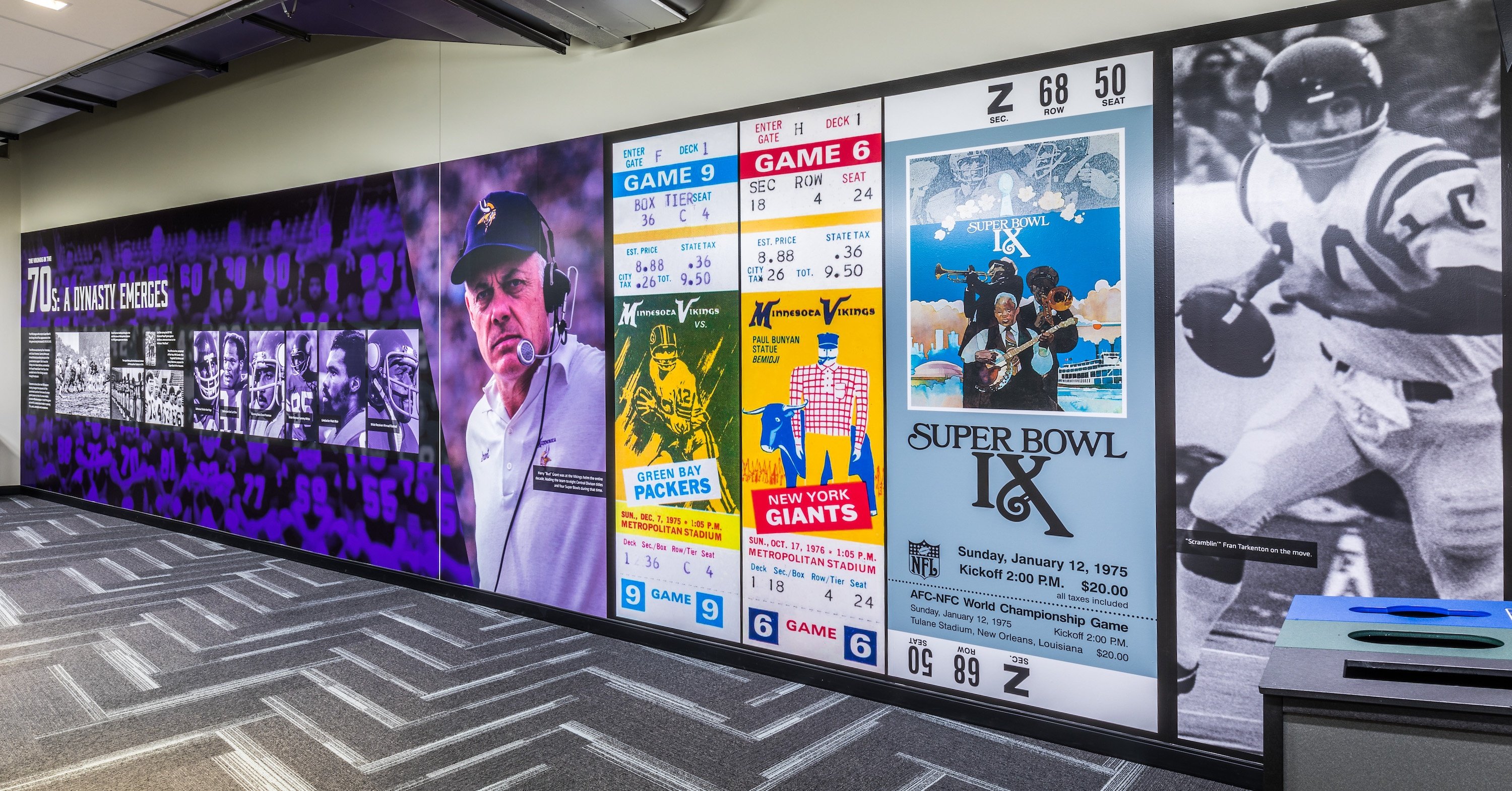 Game On: Getting Ready for the Big Game in 2018

We love creating print and graphics solutions for major sporting venues and events all over the country. This year, we have the pleasure of doing work for the biggest game of all - right in our own backyard!

The Vomela Companies is an official in-kind partner of the Super Bowl LII Host Committee, and we are excited to be producing a variety of graphics in and around the recently constructed U.S. Bank Stadium. The Vomela Companies will also be collaborating with other sponsors to create vibrant graphics that truly stand out from the crowd.

The Vomela Companies is no stranger to large events like this one. If you've been to U.S. Bank Stadium, it's more than likely that you've seen some of our work. The venue is more than twice the size of its predecessor (The Metrodome) and stands nearly 30 stories tall at its highest point. The $1 Billion home of the Minnesota Vikings officially opened on July 22, 2016. Read "Behind the Scenes: Sports Graphics for the Minnesota Vikings" to learn more about the work we did.

We've also done event work for the 2013 and 2014 NBA All-Star games, the 2014 MLB All-Star game in Minneapolis, the New York City Marathon and the 2010 NFL Pro Bowl. These large-scale events allowed us to demonstrate a variety of our many services, from initial planning to time-sensitive installations.

Browse our portfolio or read more about our capabilities for events and exhibits.