Celebrating Women in Printing and Graphics

In recognition of Women’s History Month, we’re taking a look back at the vital role women have played in printing and graphics throughout our nation’s history.

Throughout 15th and 16th century Europe, traditional norms dictated that women did not work beyond the domestic duties required to manage their households. One big exception to this, however, was in the field of printing. In the early days of the industry, male printers predominantly operated out of their homes and often relied on their wives to help set type and even run the presses. And, when their husbands were called off to war, or died unexpectedly, women kept the businesses going.

This approach to doing business in the printing industry made its way to the colonies in the 1600s. Consider Dinah Nuthead, whose husband died in 1695. Dinah kept her family’s Annapolis printing business going after her husband’s death, hiring a journeyman printer while she managed the customers and the books. A year later, she was the first woman printer in the U.S. to secure a government contract.

She was followed years later by a woman who played a little-known but interesting role in American history—Mary Katherine Goddard of Baltimore. In January 1777, Goddard published the first edition of the Declaration of Independence, bearing the names of all fifty-six signers. Her name appears in print beneath theirs in the original document. 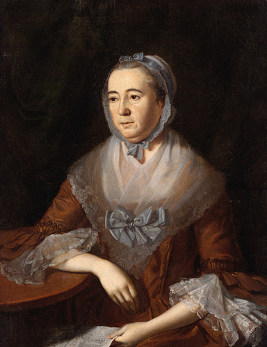 Mary Katherine Goddard, printer of the Declaration of Independence.

Nearly a century later, Lydia R. Bailey would find herself at the helm of one of Philadelphia’s largest print shops—a role she would enjoy for more than 50 years. She learned the trade and began managing her husband’s print shop following his untimely death, using the revenues to raise her four children and pay off his debts. She is considered the most prolific female printer of the 19th century.

Lydia R. Bailey transformed her husband's floundering business into one of the busiest printing establishments in 19th century Philadelphia.

Women in the modern print industry

Despite these and other inspiring women who’ve played dominant roles in the world of print over the years, the industry continues to employ markedly more men than woman. According to the 2019 Bureau of Labor Statistics Printing and Related Support Activities report, the print sector of the graphic communications industry was 70% male and 30% female.

According to Printing Impressions 2020 350 (their ranking of the top 350 printing companies in the United States and Canada) just 28 of those 350 companies are managed by women.

In some good news, the printing and graphics trades continue to employ women at a rate ten times that of other mechanical-based jobs such as electricians, plumbers and aircraft mechanics, and a variety of organizations now advocate for, and specifically support, women in the print industry.

Some organizations specifically offer support for women in the printing trades:

This Women’s History Month, we salute those first female printing pioneers, girls and women considering careers in printing and our female colleagues here at The Vomela Companies.