Charleys Philly Steaks has won numerous awards in the Fast Casual and Quick Service Restaurant industry, such as being in the Top 100 Movers and Shakers in Fast Casual magazine, and in Entrepreneur magazine's Top 57 Fast Food Franchises in the World.

Our relationship with Charleys began in the fall of 2013 on a store refresh campaign. We began with a single test store, and Charleys appreciated the way the wall graphics we created could be applied to existing tiles. Here's an example of the digitally printed wall graphic on tile:

This creative solution saved money and time; instead of removing and replacing tile it could simply be covered with a bold graphic and the material would retain the "tile" texture. The refresh projects included new branding, marketing icons, and other digitally printed wall graphics and materials throughout the space.

After the success of the first store, we began work on more of their locations, providing digital print wall graphics and murals, installation services, and additional point of purchase materials.

Over the past year and a half The Vomela Companies has completed over 300 store refreshes throughout the US, Canada, Europe, Japan, Korea, and Guam. And business has been booming for Charleys in this time period, as well. The company had their strongest sales increase in history for 2014 and 2015.

Our relationship with Charleys is top of mind as we wrap up our visit to their 30th annual convention, a gathering of vendors, franchise owners, and corporate staff members. In addition to being invited to the convention for the first time, we were also excited to create the printed graphics for the convention. 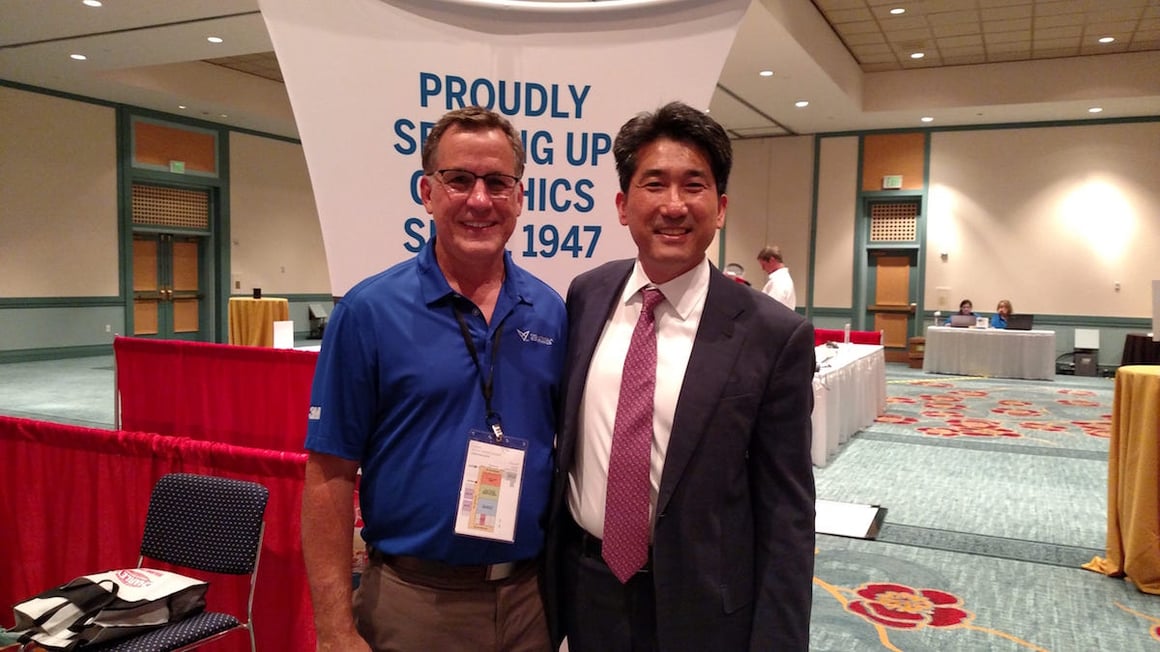 A highlight of the trip was meeting Charley himself (above). Charley Shin began his sandwich company in 1986 in Columbus, OH where they are still headquartered. Now, there are more than 500 Charleys Philly Steaks shops around the globe. We enjoyed meeting all of the interesting people involved with this successful company, including the Charley, and look forward to continuing our relationship for years to come.